A nationwide “ration electricity” has made life miserable for many manufacturing plants.”Gold nine silver ten”, has always been the production of enterprise orders peak. At this time the sudden “ration electricity”, no doubt hit a lot of people unprepared.

For this “ration electricity”, many enterprises are clearly ill-prepared.The owner of a plastics company said bluntly: “Last year, there were power rationing, but this time, the scale and length of the shutdown are beyond our expectation.”It is not only ordinary enterprises that are not prepared, but also listed enterprises that have been hit hard by the “power cut”.

“Ration electricity” the arrival of many plastic production enterprises press the “deceleration key”.But the trouble is not only limited capacity, but also the rise of raw materials.

It is understood that enterprises have received the notice of power cuts after the National Day holiday, that is to say, in the last two months of the year, the situation of double limit will become more severe, and the utilization rate of chemical enterprises will continue to be low.Whether it is the supply of coal at the source end, or the low market brought by production line limit and continuous low utilization rate, it is fatal for plastic production enterprises.

Under the surging cost, plastic production enterprises can only choose to increase the price of the way to transfer the pressure to the downstream, “self-help”.Since October, the pace of enterprise price increase has not stopped, some enterprises even remind customers to confirm whether there is stock and stock cycle before buying.

It is worth noting that due to the concentration of upstream raw material manufacturers’ production capacity, the relative advantage, in the face of prolonged downtime, is bound to set off price increases.In the middle and lower reaches of the manufacturing enterprises, due to the large number, and in a decentralized state, in the face of rising raw material prices, can only passively accept, and then forced to transfer production costs to the consumer end.No wonder many insiders cry out: prices to spike, early psychological preparation.

In the “ration electricity”, most plastic production enterprises are busy with three problems: electricity, goods, people.

The person in charge of a medium-sized plastic manufacturing enterprise said that his factory normally produces 1 million plastic measuring cups a day and stops production for 10 days. Besides the economic loss of nearly 6 million yuan, he also faces the problem of how to explain to customers.”Some foreign customers have called to ask about their orders, but we have not received any reply. We need to wait and see for another two days.If the order is not delivered, we will definitely pay for it.”

One business owner, who employs more than 1,300 people, said: “Customers are dying, but orders are only half filled.The client called and told us to hurry up.How do we hold on?I have a lot of pressure.If stop 10 days, a lot of enterprises certainly can not pay.This year raw materials, sea freight rises in price, originally can only break even, now more loss.”

With the shutdown, business owners are worried about losing market opportunities.October is the peak season for plastic production industry, and many enterprises have high expectations for autumn orders.We have lost customers because of the suspension of production.”If the production of advance notice, urgent orders we catch, not urgent slowly catch, low profit we do not accept.At least give us a little time.”One business owner complained.

At present, a large number of employees of various enterprises are waiting, “just like the Chinese New Year”, and many are killing time in the dormitory.”If we don’t start production, we have very little income. We hope to resume production.”"One employee said.

Business owners are so unsure that they have to shut down production for 10 days, so should employees take a long vacation or something?Will it only stop for a few days and then work normally?They worry that if they take a long holiday, employees may have to go home and production may be disrupted when they return.

Under the “power restriction”, the problem of labor shortage of enterprises has also been highlighted.Because of the epidemic, the number of workers in Fujian, Jiangsu, Guangdong and other places has been greatly reduced. Now, many workers simply do not go out when they face power cuts, production cuts and factory holidays.According to the relevant person in charge, the current company employment gap is very large.And this is happening all the time.

The introduction of “ration electricity” has made many enterprises unable to cope, to a certain extent, disrupted the original production plan.How to deal with this change?Zhang Juntao, executive deputy secretary general of carbon Neutrality Committee of China Energy Conservation Association, told Sinoforeign Management that in the short term, enterprises must thoroughly review their recent order plans and procurement plans, re-optimize their production pace according to the “blackout order”, and pay attention to communication with suppliers and customers.In the medium term, energy supply security needs to be integrated into the overall development plan of enterprises, and some new energy and energy conservation projects should be launched to improve the energy efficiency level as much as possible and produce more economic value with lower energy consumption.In the long run, enterprises should transform to green, low-carbon and circular production mode, reduce energy consumption and carbon emissions per unit product or service, and strive to become the green and low-carbon leader in the industry by means of business innovation, model innovation and scientific and technological innovation, so as to gain more development rights and space.

At the same time, Tan xiaoshi said that the ultimate way to solve the plight of enterprises is to “optimize the industrial layout and process structure, eliminate backward technology and capacity.”While ensuring product quality, enterprises should minimize product manufacturing costs.In accordance with the principle of open source, reduce consumption, save energy and increase efficiency, we will make good use of new energy and technological innovation and lay out plans for energy saving, consumption reduction and low-carbon green transformation. 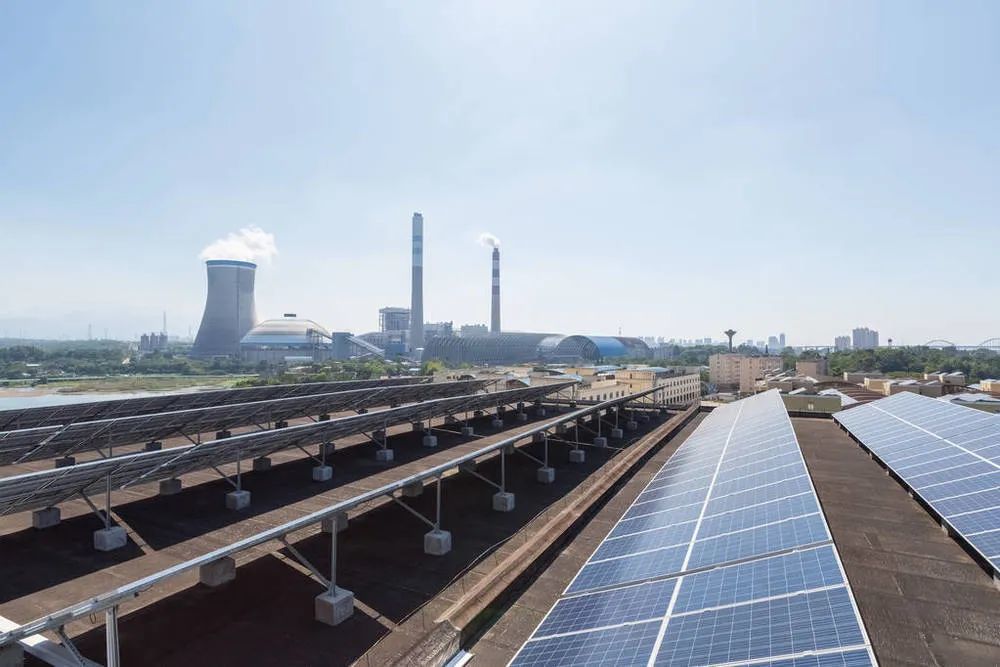